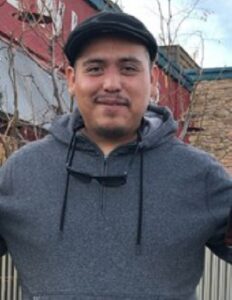 (Wadsworth, NV) – NDVS sends its heartfelt condolences to the family of Childs Querta.

Our NDVS team is deeply saddened by his loss. Childs exemplified what it means to be a public servant and State of Nevada employee,” said Deputy Director Fred Wager.

He will be remembered for his dedication and passion to his work at the Northern Nevada State Veterans Cemetery. His support and care for veterans, military members, and their families during their time of grief, speaks highly of him and his kind, gentle, and caring nature.

Childs was deeply devoted to family. He is preceded in death by his mother, Marjorie Ona Querta, brother Jeremy Watahomigie and his sisters Lil Fawn and Shealee Watahomigie.

He is survived by his wife Alicia, son Kaien, and daughter Chylie. They were the center of his life.

His sisters, DeAna Watahomigie and Randi Honga, nieces Shavon Thompson, Erin Putesoy, Jordan, Mylie and Jordana Watahomigie, his nephew Marcell Thompson, Aunts, Monica Romo and Ann Querta and many cousins and close friends all have reason to be proud. Childs positivity will forever leave an indelible mark on those fortunate to have known him.