Home / A Promise Kept to 17 Veterans in Boulder City

A Promise Kept to 17 Veterans in Boulder City 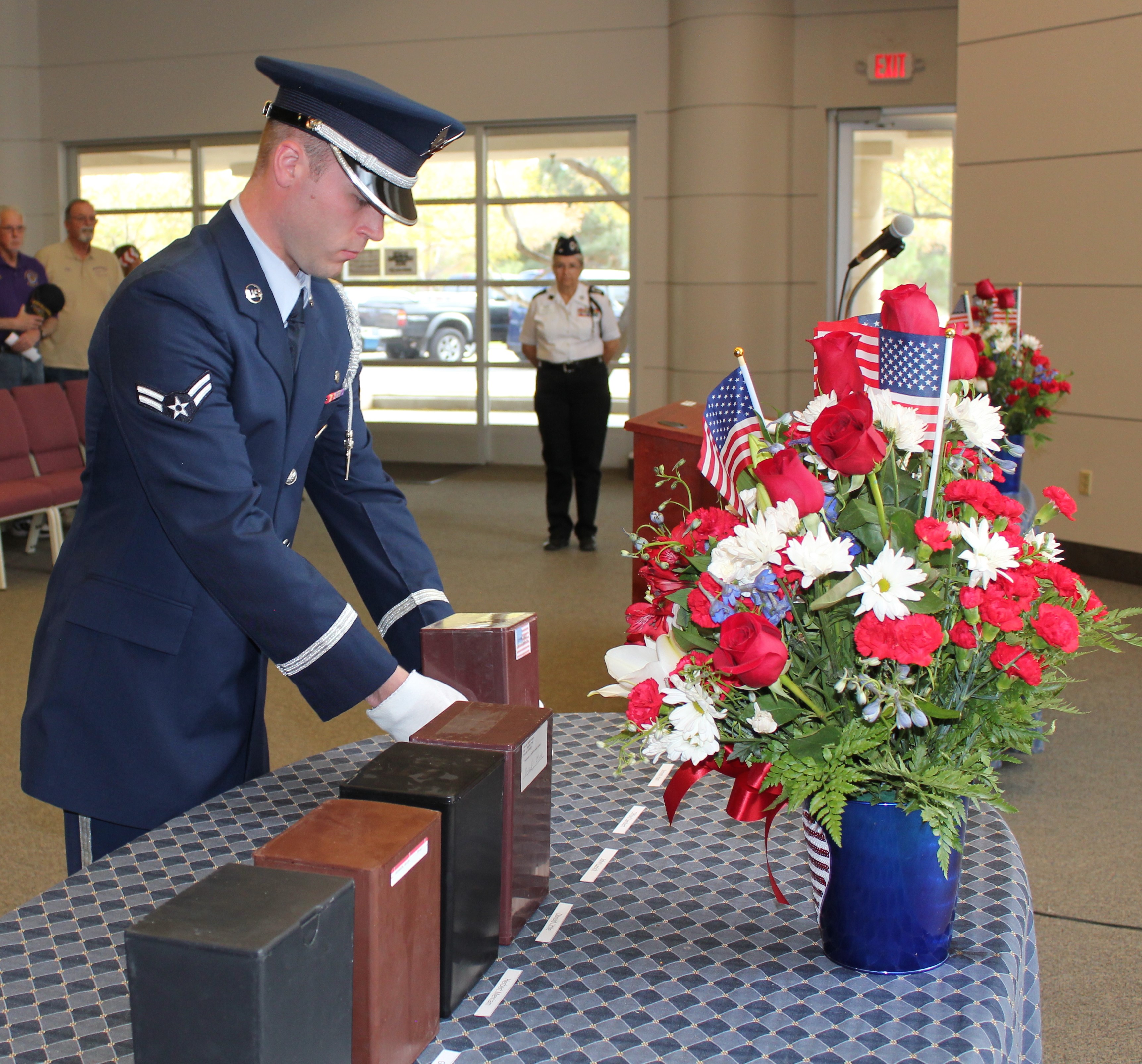 The promise made to 17 veterans when they joined the military has been kept, thanks to the efforts of the Women Veterans of Nevada, Nevada Veterans Coalition and many others. The cremains of these 17 warriors had been sitting on a mortuary shelf, unclaimed, some, for years. But due to the efforts of dedicated volunteers, and the assistance and support from the Pahrump Family Mortuary and Desert Memorial Cremation and Burial in Las Vegas, these veterans received a military burial with full honors at the Southern Nevada Veterans Memorial Cemetery in November.

The veterans interred included one who served as far back as WWI. Others had served in WWII, Korea and Vietnam and represented the Army, Navy, Air Force and Marine Corps.

The ceremony was headed by retired Air Force Master Sergeant Bobi Oates, Vice President of the Women Veterans group. Army Chaplain Captain Troy Dandrea provided the invocation and commented, “I love it that we are honoring and recognizing our fallen.” He added, “This is a sweet reflection of how we honor our veterans.”

The keynote speaker was retired Marine Corps Lt. General Emil “Buck” Bedard. A veteran of 37 years in the Corps, he told the audience, “It’s humbling and I’m honored to be with you.” He recalled that when he was stationed in Washington, D.C., he would periodically visit the Tomb of the Unknown Soldier. He said he finds it disturbing that there are remains of veterans in Nevada that no one claimed. “It’s a great tribute that we, collectively, have claimed them as our own. And we’re here today to do that. And to tell them we care about what they did, their service to our country.” He added, “Where are the family members? Where is the pride in their service?”

After the veterans’ honor guard fired a rifle volley of three shots outside the chapel, two members of the Trumpeters Alliance played “Taps,” one echoing the other.

A separate Honor Guard consisting of active duty Army soldiers then completed an American flag-folding ceremony while Oates verbally described what each fold of the flag represented. The folded flag was then inspected by Oates and General Bedard.

The 17 urns, holding the cremains, were carried to their places on the cemetery grounds and lowed into their final resting place. Those carrying the cremains were accompanied by members of the Southern Nevada Patriot Guard Riders. The interments were done by the United States Military Honor Guard and by cemetery personnel. Flautist Cynthia Man played patriotic music and bagpipers from Scottish American Military Society Post 711 played “Going Home.”