Home / NDVS Service Officer is Recognized for her Community Support

NDVS Service Officer is Recognized for her Community Support

Our congratulations go out to NDVS Veteran Service Officer (VSO) Brandi Matheny! On May 12th, Brandi was asked to attend a VFW meeting at her home post for what she thought would be a regular VFW meeting. Little did she know, that she was going to be recognized by the organization for community involvement and volunteer work with VFW Post 12108 Don Strozze.

Brandi is a Navy veteran, who upon her being discharged in 2010, decided to return home to Beatty where she became both a County Service Officer and one of the first few veterans to join the VFW Post 12108 John Strozzi. As a member of the post, she has been an active participant in the organization within her local community. She has been involved in their fundraising efforts where they raise money for scholarships given to students from the community, for athlete uniforms for the local school.

She transitioned to working for NDVS in 2013 out of the office located at the North Las Vegas Medical Center’s Office and would support the ROVER program by going out into the rural communities to help veterans connect to their benefits. During this time, Brandi did much to create trust and understanding among the local populations and NDVS. She proved instrumental in facilitating the donation of a used shuttle from the Southern Nevada State Veterans Home to the VFW Post for use in transporting veterans living in the surrounding areas of Beatty to the medical center in North Las Vegas.

As a result of her commitment, she was recognized by her VFW Post with the Commander’s Award. Past  Commander of the Post Russ Osmen said, “Brandi’s dedication and commitment has been an amazing resource for the veterans of our community and been vital for ensuring they have a chance to access their benefits.”

Her recognition appeared in the Pahrump Valley Times. Click HERE to read all about it.

NDVS Service Officers are located across the state, should you have questions about you VA Benefits please feel free to submit a Ask A VSO Ticket at https://veterans.nv.gov/ask-a-vso/ . 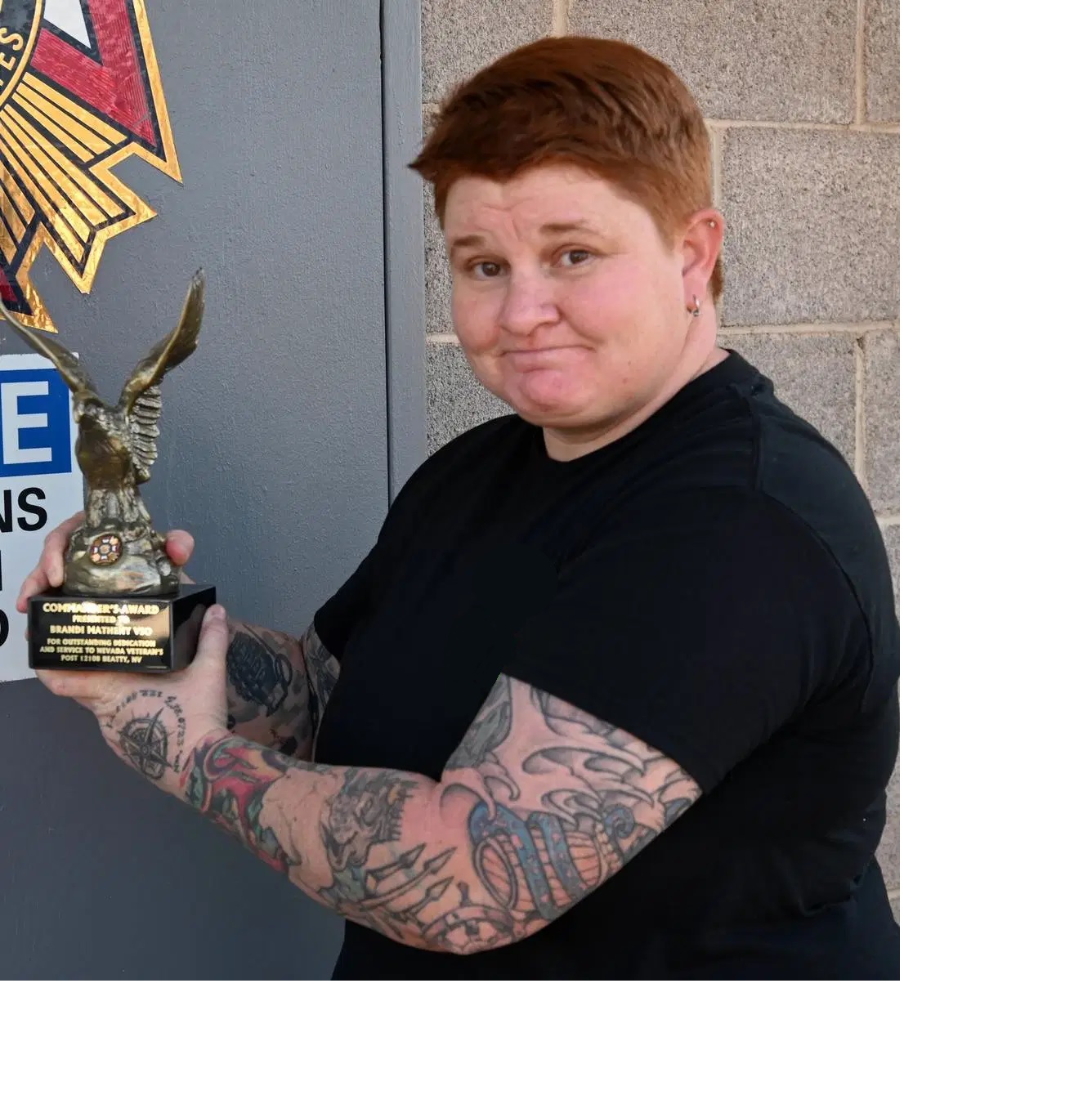