“The appointment of Director Miller demonstrates the VA’s commitment to understanding and addressing the health care needs of rural veterans,” said Governor Steve Sisolak. “Kat Miller’s background, knowledge and experience will greatly enhance the work of this panel, benefitting rural veterans in Nevada, as well as other Western States.”

Director Miller is a retired U.S. Army Colonel, serving 34 years in the Army. Raised in Reno, she started her military career as an enlisted soldier and culminated her military service with assignments as a military police brigade commander serving in the United States and in Afghanistan; and as the Commander of the Department of Defenses’ largest correctional organization. After retiring she taught at the University of Maryland and the University of Nevada, Reno.

Prior to becoming NDVS Director, she served as a Deputy Director for the agency. Her education includes a Master’s of Science from the U.S. Army War College and a Master’s of Public Administration from Roosevelt University in Chicago.

“I’m honored to receive this appointment and serve on behalf of rural veterans,” said Director Miller. “I believe that having the voice of Nevada veterans and veterans of other Western States on this committee is very important in addressing their health care concerns and needs.”

The Veterans’ Rural Health Advisory Committee consists of 12 appointed members and 4 exofficio members, appointed by the Secretary of VA. Members include rural health experts in academia; rural health professionals; state Directors of Veterans Affairs; leaders of Veterans Service Organizations; and rural Veterans. Members serve an initial two-or-three-year term and the Secretary may reappoint members for an additional term of service. 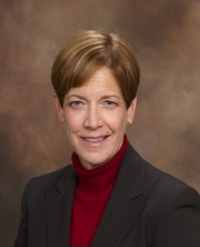