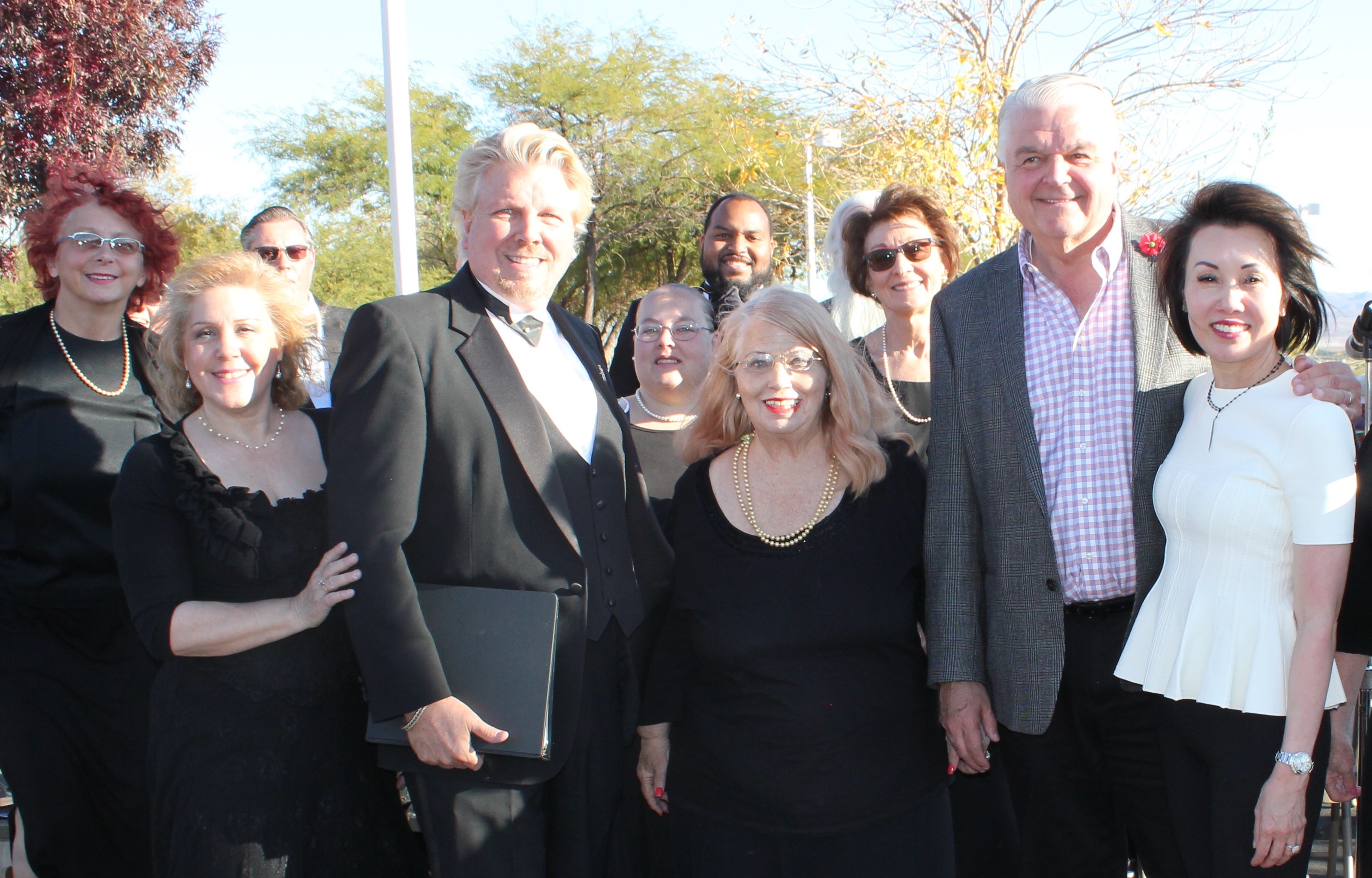 Each year, Nevada honors Veterans Day with sponsored events. The Governor goes back and forth, attending an event in the north one year, the following year in the south. In 2019, was the south’s turn.

Governor Steve Sisolak spoke at the annual Veterans Day event at the Southern Nevada State Veterans Home. This year there was an unexpected addition to the planned program. First, a bit of history is in order. Prior to the Veterans Home presentation, the city of Las Vegas held its annual Veterans Day parade down 4th Street. This year, a 15-year-old girl was passing out copies of a short essay she had written. Veterans who took a copy stopped to read it. Moments after, their demeanor turned to pride, their eyes swelled with tears and they stood in awe of the words on her paper.

Governor Sisolak was one of the recipients of a copy. Prior to his appearance at the Veterans Home, he spoke at another veterans’ reception held at the Venetian Hotel on the Strip. He read the letter aloud there and it brought a tear to his eye. Soon after, he left to speak at the Veterans Home. After he made his initial planned remarks, he announced to the attendees that he wanted to read a letter. He explained it was handed to him earlier in Las Vegas by a young girl. As he began to speak, his voice cracked and he stumbled on an occasional word, allowing his emotion to be seen by all. He read, “Dear Veteran: I will never fully understand what you went through, but I do recognize, appreciate, and honor each and every sacrifice you made for our country. You truly are so brave in all you do. Your hard work helps me and my family live a safe life. Find something beautiful in your life every day. You can always find light through the darkness — even on worst days. Never forget: You are my hero! Love, Carly (age 15).”

Then, Sisolak added, “That letter sums it up better than anything can sum it up.” The audience burst into applause.

In his prepared remarks, the Governor praised veterans who have served in defense of America and its ideals. He added, “We recognize the sacrifice their families made keeping homes together while their husbands and wives were serving overseas.”

He also announced work underway to further two new projects that will benefit veterans. One is to seek a VA grant for the renovation and modernization of the Southern Nevada State Veterans Home, built nearly two decades ago. The other, is a year-long project to research, identify and photograph all veterans memorials throughout Nevada so that they can be visited and properly maintained.