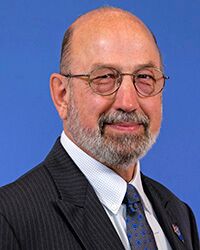 CARSON CITY, NV – Governor Steve Sisolak named Fred Wagar to serve as the next Director for the Nevada Department of Veterans Services (NDVS). He will replace outgoing Director Katherine “Kat” Miller, who will retire on April 30, 2022.

The NDVS Director oversees and manages the department, which is responsible for the oversight of two State Veterans Homes, two State Veterans Cemeteries, as well as an array of programs, grants, and initiatives aimed at meeting the needs of Nevada’s veterans, servicemembers and their families.

Mr. Wagar is a U.S. Army veteran who is currently serving as the NDVS Deputy Director of Operations. He has been with the department since 2017. Mr. Wagar is known for his many years of assisting veterans, including his service in Nevada for the past 16 years.

“It speaks volumes for our State Veterans Services to be able to choose a successor from within the ranks of the organization,” said Governor Sisolak. “Fred is well known and respected within Nevada’s veterans’ community. He will be able to step into this new role without missing a beat, which will ensure that NDVS continues to provide the very best to our veterans, servicemembers, and their families.”

“I’m humbled and honored to receive the Governor’s vote of confidence,” said Mr. Wagar. “I’m looking forward to taking on this new challenge in service to my fellow veterans and their families. They deserve no less than the very best and I’m proud to be at their service.”

Prior to joining NDVS, Mr. Wagar served as a military service coordinator for the Department of Veterans Affairs in Las Vegas, where he helped people through the medical evaluation board process. In the U.S. Army, Mr. Wagar served as a Combat Engineer before reclassifying into the Military Intelligence field. He retired at the rank of Sergeant First Class.

A photo of Mr. Wagar is attached to this release.