Home / How You Can Help with Wreaths Across America

How You Can Help with Wreaths Across America 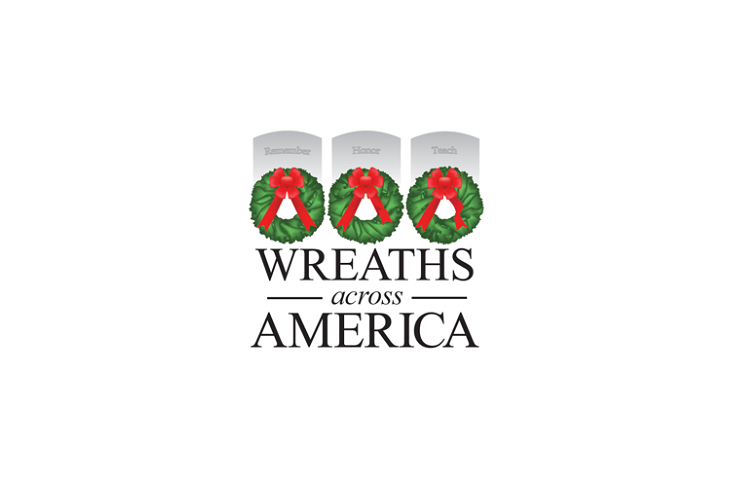 By Chuck N. Baker
This year, Wreaths Across America Day will be observed on Saturday, December 14, 2019. The annual event is a coordinated wreath-laying effort that takes place at Arlington National Cemetery as well as 1,600 locations across the U.S., including the Northern and Southern Nevada Veterans Memorial Cemeteries.

In southern Nevada, the Boulder City Republican Women are joining forces by accepting wreath sponsorships. For every two-wreath sponsorship received, the cemetery is to receive a third wreath as part of a fundraising program developed by Wreaths Across America. Sponsorships are $15 each.

In Boulder City there are several ways to obtain order forms to purchase wreaths. On November 9 the Republican Women will staff a table at the city’s Albertsons market. Arrangements to purchase wreaths can also be made by calling (702) 393-1228, or by emailing begop@yahoo.com. To donate by credit card, visit http://www.wreathsacrossamerica.org. Another group that will volunteer by placing wreaths on Dec. 14 is the Las Vegas Emblem Club No. 114. Members are wives, mothers, daughters, sons, brothers and sisters of Elks Lodge members. The lodge can be reached at (702) 258-3557, or lvbpoe@lvcoxmail.com.

The Nevada Veterans Coalition (NVS) remains a strong force in supporting Wreaths Across America at the cemetery in Fernley. NVC has set up a “Partner Page” on their website to accept donations: http://supportnnvc.org/partners.html. To donate by credit card, visit: www.supportnnvc.org.

Their goal is to place a wreath on all graves at the cemetery!

The history behind the nationally recognized Wreaths Across America Day event had a humble beginning. As a 12-year-old newspaper boy for the Bangor, Maine, Daily News, Morrill Worcester won a trip to Washington D.C. One of the stops was Arlington National Cemetery. It made an indelible impression on him.

Throughout his life and career — culminating as owner of Maine’s Worcester Wreath Company — he was continuously reminded that his good fortune was due in part to the veterans who made the ultimate sacrifice for the nation.

In 1992, his company ended up with a surplus of wreaths near Christmas. With the help of Maine Senator Olympia Snowe, the excess wreaths were placed on headstones in one of the older sections of Arlington that had been receiving fewer visitors each year. As news of the operation slowly spread among Worcester’s circle of associates, other individuals and companies lent what help they could. Members of the local chapters of the American Legion and Veterans of Foreign Wars decorated each wreath with hand-tied bows and the Maine State Society of Washington D.C. held a wreath ceremony at the Tomb of the Unknown Soldier.

The somewhat local and intimate tribute continued unheralded at Arlington for several years. Then, the power of the press that initially catapulted young paperboy Worcester to Arlington and got him to begin thinking about honoring veterans, once again provided the impetus for paying respect. In 2005, a photograph of headstones at Arlington that were adorned with snow-covered wreaths received national media attention. The publicity encouraged thousands of individuals and corporations to offer help and even to seek to emulate placing wreaths at their local state and national cemeteries.

Organizations, including the Civil Air Patrol and Patriot Guard Riders, began wreath laying ceremonies around the nation. The Riders began a Veterans Honor Parade escorting the wreaths along the East Coast to Arlington each December. In 2007, the Worcester family, with the help of others, formed Wreaths Across America, a nonprofit organization to continue, expand and support the mission.

While the stated mission contains only a few words, it’s simplicity perhaps makes it one of the most robust and powerful missions ever conceived to pay tribute to America’s fallen veterans: “Remember. Honor. Teach.” By 2008, more than 60,000 volunteers placed 100,000 wreaths at more than 300 locations. By 2014, the number had grown to 1,000 locations and more than 700,000 wreaths. At Arlington alone, more than 226,525 wreaths were placed that year.