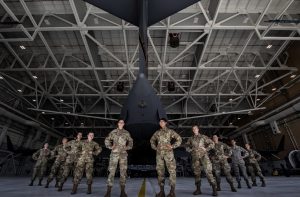 On June 12 we celebrate Women Veterans Day. Though it is not recognized nationally, June 12 is the unofficial date chosen for Women Veterans Day, which marks the anniversary of the 1948 Women’s Armed Services Integration Act, enabling women to serve as permanent, active services members in the military.

Here are some milestones for women in the military worth celebrating:

In 1942, First Lieutenant Annie G. Fox was the first woman to receive the Purple Heart. She served in the Army Nurse Corps at Hickam Field during the Japanese attack on Pearl Harbor on December 7, 1941.

In 1948, Sergeant Esther M. Blake was the first woman to enlist in the Air Force.

In 1967, when Master Sergeant Barbara J. Dulinsky arrived in Vietnam, she became the first woman Marine to serve in a combat zone. She had originally enlisted in the Marines in 1951 and was a Senior Drill Instructor.

In 1980, then- Captain Kathleen Wilder was the first woman to complete the Green Beret course but was not allowed to graduate. She filed a sex discrimination complaint and the Army conceded she was wrongly denied graduation. It took 40 years, but in 2020, an unnamed woman formally graduated from the Green Berets.

In 1983, Captain Linda Bray was the first woman to command troops during Operation Just Cause in Panama.

In 1990, Commander Darlene Iskra became the first woman to command a U.S. Navy vessel. She served on the USS Opportune (ARS-41) a rescue and salvage ship.

In 1991, over 37,000 women served during Operation Desert Storm/Desert Shield.

In 2000, Petty Officer First Class Sara Faulkner was the first female to graduate from the Coast Guard’s Rescue Swimmer School and in one night during Hurricane Katrina, her aircrew team rescued 48 people.

In 2013, Secretary of Defense Leon Panetta ended the direct combat exclusion rule for women and over time females were integrated into combat-related roles. Click here to read an article from Task & Purpose about 6 women who demonstrated their bravery under fire in Iraq and Afghanistan.