Message from the Director – June 2021 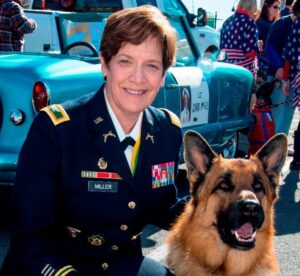 I hope you have time to read through the entirety of this month’s newsletter.  While COVID-19 still poses a risk, mitigation measures have made it possible for many veterans organizations to meet in person once again, and to participate in traditional veterans events and commemorations. Several events occurred in May and more are planned for June. We will be covering several of these events in this newsletter and I don’t want you to miss out!

May events included an in-person event at the Northern Nevada State Veterans Home in Sparks, a dedication ceremony to thank donors who gifted residents with beautiful and utilitarian gardening planter boxes! My thanks go out to the Vietnam Veterans of America Chapter #989 Reno, the Home Depot on Summit Ridge and Carson City as well as the Nevada Woodchucks, Rotary Club of Sparks Centennial Sunrise, Katie Grace Foundation and Farmily (“farm” and “family” combined), RayCo Drywall and Rail City Garden Center for helping to enrich the lives of residents at the home!

And of course, in May veterans and their supporters across the state honored and remembered our fallen and departed military heroes on Memorial Day.  Both of Nevada’s State Memorial Cemeteries saw tremendous support once again, on Memorial Day and in the days before when hundreds of volunteers decorated our cemeteries with 10’s of thousands of American flags.  I invite you to check out the photos from the events in this newsletter under Honoring Our Heroes.

Looking forward, June marks several significant anniversaries. June 25th marks the 71st anniversary of the start of the Korean War.  Governor Steve Sisolak is preparing a proclamation in honor of those who fought with steely determination and uncommon courage during the Korean War, and the 37 Nevadans who lost their lives during the war.  The proclamation will be posted on the Governor’s website by June 25th.  Click here to find the proclamation. To mark this anniversary, NDVS will again make available the nationally acclaimed book, Korea Reborn: A Grateful Nation Honors War Veterans for 60 Years of Growth and the 2014 GI Film Festival documentary, Remembered War. The book and DVD are bundled together as a way to honor the brave Americans who served during the Korean War. The book/DVD set is a gift from the South Korean government and is available to Korean War veterans at NO COST.  Email pio.ndvs@veterans.nv.gov to learn how to obtain your copy.

June is also designated as Post Traumatic Stress Disorder (PTSD) Awareness Month with June 27th designated as PTSD Awareness Day. The VA estimates there are some eight million people in the United States who suffer from PTSD. While experts note there are many helpful treatments, most people with PTSD don’t receive the help they need.   We hope that this month-long recognition and day of observance will bring light to and understanding that not only are PTSD treatments available, but those treatments can work and  lead to a better life. There are several stories that provide information about PTSD and the resources available in this newsletter under the Health and Wellness section.

Finally, the Nevada Legislature is winding down this month. For information on the legislation of interest and in support of veterans, military members and their families, please read, 2021 Veterans Legislative Wrap-Up, under News You Can Use, also in this newsletter.

As always, thank you so very much for your continued support of Nevada’s military community and our veterans and their families. I look forward to sharing more information about our upcoming events and look forward to seeing you this summer.