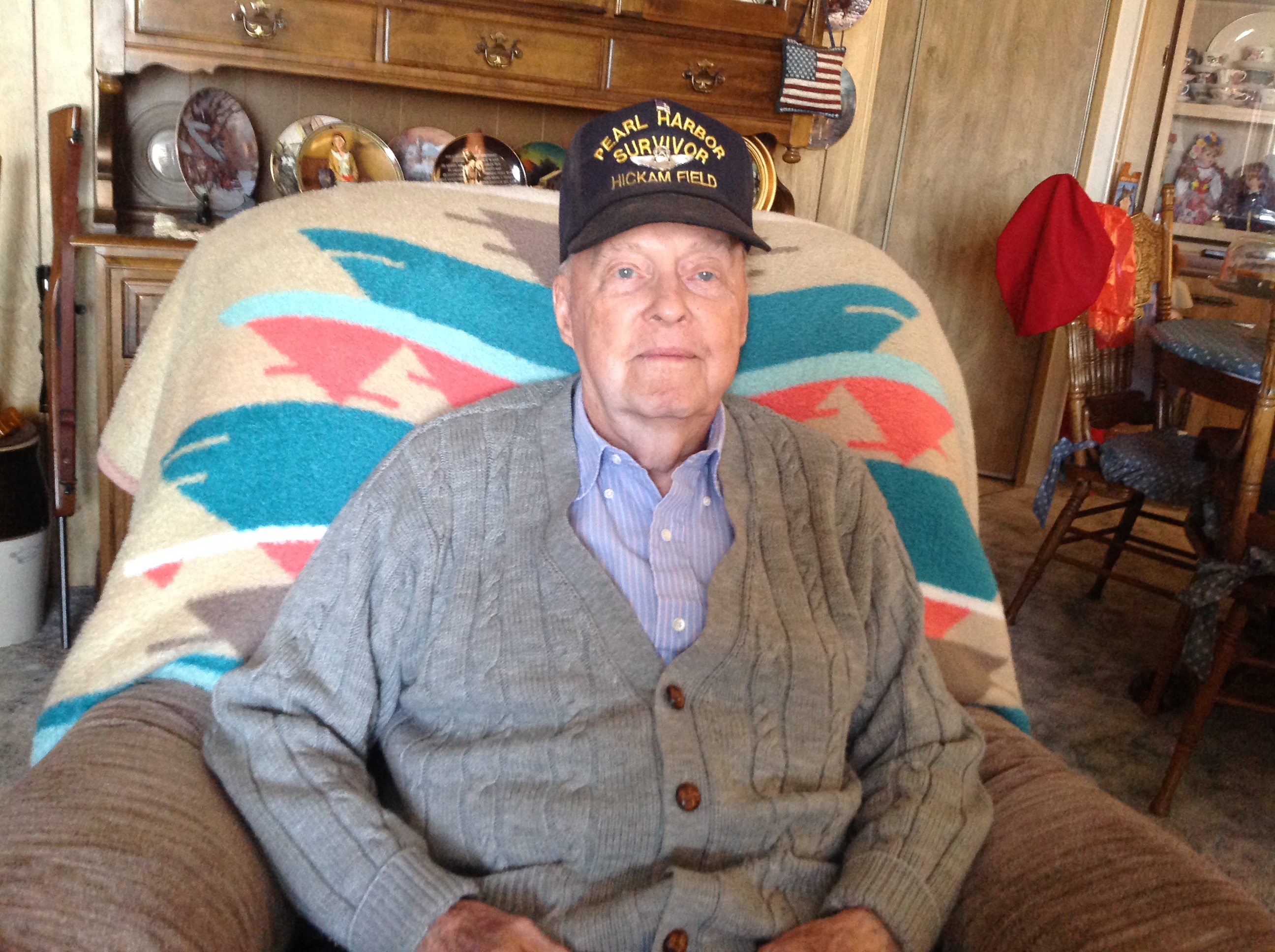 Captain Robert Lloyd, USAF Retired, died November 17, 2019, just a week shy of his 98th birthday. He was born November 24, 1921. A Memorial Service was held last month at Faith Baptist Church in Silver Springs, Nevada. Our deepest condolences go out to his wife Ann, the Lloyd family and his friends.

Family friend Ken Beaton shares the amazing story of Lloyd’s time in the military, in Lloyd’s obituary below.

Anyone who thinks the 2007 to 2014 “Economic Downturn” was a big deal did not live through the 1929 – 1941 “Great Recession.” By comparison, the earlier downturn was an economic TSUNAMI! Back then, most male high school graduates who celebrated their 18th birthday, enlisted in one of the branches of our Armed Forces. Why? Because there would be one less mouth to feed! It was no different in New Kensington, Pennsylvania when Robert Lloyd celebrated his 18th birthday on November 24, 1939.

The local Army recruiter was talking to Bob trying to make his recruit quota. Bob told the recruiter, “I really want to join the Navy and be stationed in Honolulu, Hawaii.” The recruiter countered with, “Join the U.S. Army Air Corps, and I’ll get you assigned to Honolulu.” Bob enlisted on December 11, 1939. After boot camp, he was ordered to board an Army transport in Brooklyn, NY, cruised through the Panama Canal to San Francisco and finally docked in Pearl Harbor, Hawaii, the middle of paradise.

Bob became an aircraft machinist at Hickam Field, adjacent to the Pearl Harbor U.S. Naval Base. When 21 B-17s landed at Hickam Field on May 14, 1941, Bob was assigned to one of them. For every pilot there were 20 support personnel from mechanics, cooks, fire fighters, meteorologists, clerical staff and others.

Sundays were casual in 1941 until December 7, 1941. That morning Bob and his fellow machinists were ordered to wait for the arrival of a flight of B-17s due to land after 8 a.m. They heard a couple of distant explosions at 07:55 hours. Within seconds all hell broke loose! Japanese bombs destroyed Bob’s squadron’s hanger, killing 22 of his fellow machinists. Two Japanese Zeros banked above the shocked machinists exposing the red “meatballs” on their wings. In a knee jerk reaction, Bob dove under a low boy trailer with three fellow machinists. Instantly, Bob was a man fighting for his country.

As the flight of B-17s flew over Hickam to land, nervous anti-aircraft gunners assumed any plane in the air was Japanese. They fired at our B-17s! An officer identified the planes and ordered, “Cease fire!”

Hickam Field had lost 189 personnel with 303 wounded. Every plane was damaged or destroyed.

Most of the 2,500 Americans killed during the attack were enlisted men and officers, a few civilians were collateral damage. The wounded were rushed to military or civilian hospitals. Hundreds of survivors rolled up their sleeves to donate blood as the medical staffs triaged the wounded. The doctors, nurses and hospital staff worked tirelessly to save lives.

Bob and his fellow survivors rushed the wounded to hospitals. Next, they transported the dead to the nearest morgue to be identified, matched with body parts and receive a proper burial. They cleaned the hanger floors with hoses.

Five months after the attack, Bob entered flight school and earned his wings. He flew a dual engine fighter, the P-38. The B-25 was a two-engine medium bomber, similar to flying the P-38. He flew a P-39, Aerobat. The engine was behind the pilot. If you crashed a P-39, the blue star in your parents’ window changed to a gold star. Later he flew an A-26 which was a two-engine plane designed for low level strafing and bombing. The letter “A” was for attack.

Bob was 21 when he flew his B-25 from Greenville, SC; Presque Isle, Maine; Gander, Newfoundland; Iceland, Scotland, Wales to Casablanca on the coast of North Africa.

After arriving in Casablanca, he watched the newly released film, Casablanca, staring Humphrey Bogart and Ingrid Bergman, which is now a classic film. FYI, Casablanca, was released 77 years ago, two days after his 21st birthday, November 26, 1942, in New York City.

Bob flew 22 low level missions, a few over the island of Patmos where St. John wrote the Book of Revelations. He flew 40 mid-level bombing missions, totaling 62.