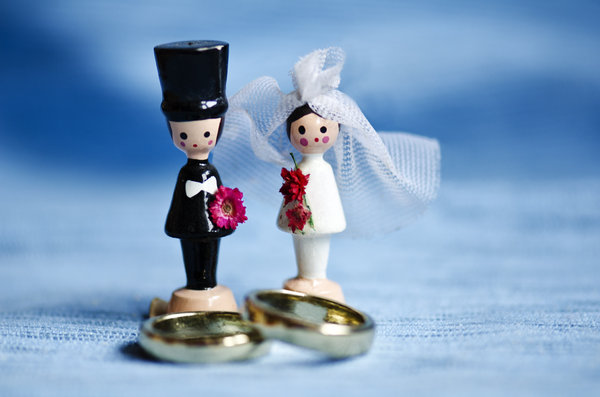 Men and women who reenlist for the service time after time love the military life. But for some, signing up for another “hitch” can also mean taking vows — or renewing vows — for love of another kind.  For the second year in a row, Clark County, in conjunction with others, has produced “Las Vegas Marries the Military.”

According to spokesperson Aimee Stephens, “Only Las Vegas, the Wedding Capital of the World, could pull off something so diverse and amazing to honor our military.” After the day of wedding ceremonies, there was a group reception at the Bootlegger restaurant where Sight and Sound Events played dance music. The honored couples, their families and friends danced the night away. All vendor services and products were donated.

Five of the ceremonies were weddings, and six were vow renewals. Those participating were veterans, active duty, National Guard, Reserve and retirees.

At the Lakeside Weddings facility in the northeast part of town, the outdoor locale hosted groom Air Force Reservist Sergeant Andrew Parker and his bride Rachael Campos. They have been a couple for the past nine years, but focused on repaying their student loans rather than invest cash in a wedding. “They have been friends since high school in Connecticut,” according to the bride’s aunt and wedding guest Melody Martinez, who flew to Nevada for the occasion. “I figured the marriage would happen eventually. It was good news,” she said. Many friends and relatives attended the ceremony to watch as the couple said vows.

Across town at the Caesars Palace hotel wedding garden, Army Major Adam Bradford and wife Courtney Bradford renewed their vows. Their first wedding was somewhat less celebratory. After the couple’s three-month engagement, the major was notified he was being “engaged” to deploy overseas. Although full details are somewhat sketchy, they just had time for a “quickie wedding” by a judge in a jail house in 2013. A bail bondsman was pressed into service as a witness, according to the major. He is currently in the Army Reserve in Marysville, Washington, outside of Seattle. The couple still have issues of sorts pertaining to distance, as the bride is completing her college education in North Carolina. But on a bright note, the bride is a huge fan of the popular series “Say Yes to the Dress,” where newly engaged women from around the world visit a wedding dress showroom to choose a gown that is perfect for them. Courtney Bradford had her own “Say Yes to the Dress” moment at the city’s Creative Bridal Wear, along with a two-night stay at Caesars.

There was one wedding that joined service people together. Army Reservist Captain Rachel Bruno and Army Captain Robert Coombs renewed vows to each other at the Graceland Wedding Chapel while Elvis looked on.

Couples may apply to be a part of the program in 2019. For information, Google LasVegasMarriesMilitary. Another side of Las Vegas that was showcased as the local wedding community came together just prior to Veterans Day to provide pro bono support to veterans and the military. Some of the couples tried their luck at casinos, and some did not. But as the individuals recited their vows, they surely felt lucky that each of them had found each other.