Services Provided by Nation of Patriots 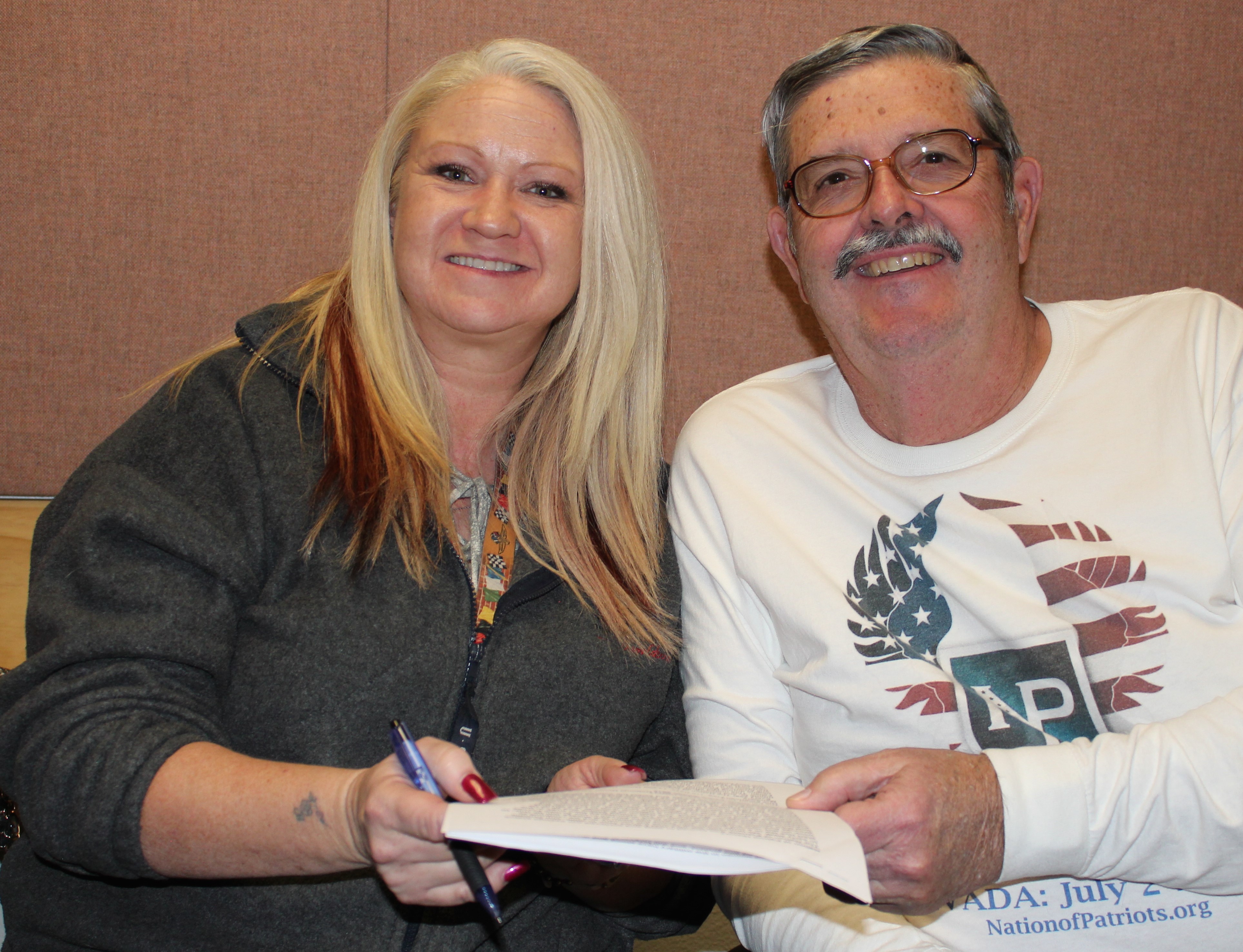 Air Force veteran Melanie Stout knows there are many fine veterans’ organizations she could have joined. But she chose to become affiliated with a smaller group that fulfills a large mission, the Nation of Patriots. “We pride ourselves that we are 100 percent volunteers,” she said. “We have no overhead, no operating budget. The money we raise here, stays here and all of our recipients are local Las Vegans.”

The group is headquartered in Beaver Dam, Wisconsin, but each region is semi-independent and has its own fundraisers. Recipients are all local. Stout is the regional commander, covering Nevada and Southern California. Stout said the 501(c)3 non-profit’s main mission is to promote awareness of, and financially support the physical, emotional and economical misfortune that veterans and their families often live with on a daily basis. Charitable funds that it raises are distributed directly to families that the group supports. Nellis AFB identifies needy local Air Force veterans.

Chuck Lennon is the organization’s treasurer. He explained the group holds several fundraisers each year. “Our largest activity is called the Patriot Tour. An American flag begins a journey as that in the past was carried by motorcycle riders from Wisconsin through the 48 contiguous U.S. States,” he said.

This year for the first time, the flag will start from Arizona. Beginning on Memorial Day weekend through Labor Day weekend, about 110 days, the flag is passed at the border of each State from riders to riders who continue along the passionate route. Nevada this year will be the next to last homecoming group, receiving the flag here before being retired in its starting place in Arizona. As the flag is transferred to each State, a formal exchange is held. In addition to signing up sponsors in advance, all along the route, riders collect donations from individuals and companies, and also pay a fee to sign up for the tour.

The funds are used 100 percent to assist needy veterans. Riders pay out of their own pocket for lodging, fuel and other incidentals.

A car and bike show are also in the works. Stout said the group will hold its third annual poker run on March 14. Registration will be at VFW Post 100047 in North Las Vegas at the corner of Craig and Las Vegas Boulevard, across the street from the main gate to Nellis AFB. It begins at 8 a.m. and closes at 10 a.m. Entry fee is $30 for a rider and $15 for a passenger. “The prize for best hand is $250, and worst hand is not so bad. It gets $100,” Stout said. She explained that while poker runs traditionally are accomplished with motorcycles, this one is open to car clubs, truckers and to individuals with their own personal vehicles.

In May, the group is planning a golf tournament at the Las Vegas National Golf Club on May 9. “It’s a historical site,” Stout said. “The Rat Pack used to hang out there and Tiger Woods won his first championship there. It’s an awesome place.”

On the Fourth of July, the group will take part in the Boulder City Independence Day parade down the Nevada Highway.

To register for any the above events or to obtain additional information about the organization, visit nationofpatriotslv.com. Details on their upcoming events are located there.

As for the upcoming Patriot Tour, Stout said participants do not have to be members to go along on the tour. “The more the merrier,” he said. Stout can be reached at (702) 533-8878, or nationofpatriotslv@gmail.com.