Home / Veteran and Veteran Supporter of the Month – February 2020

Veteran and Veteran Supporter of the Month – February 2020 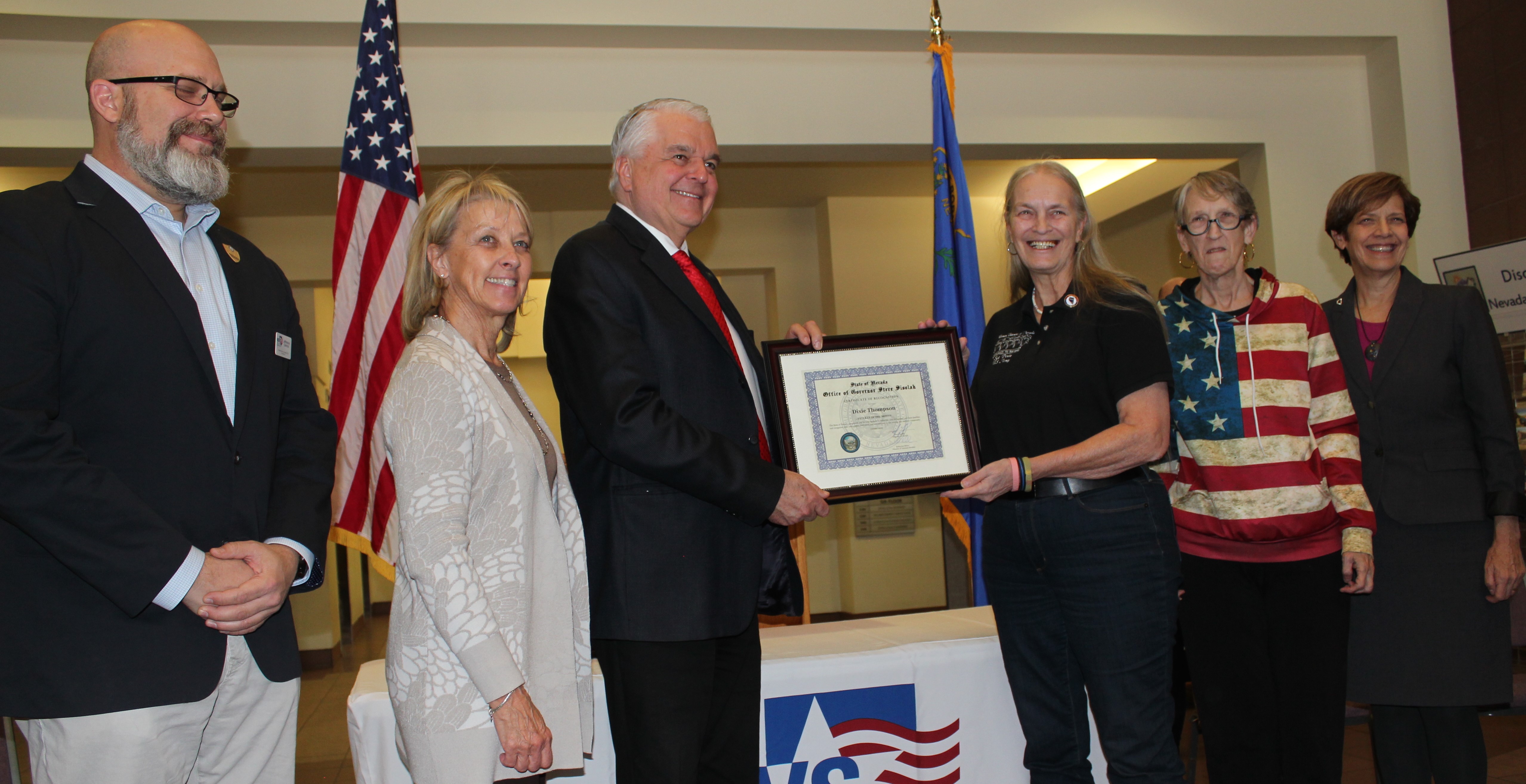 (Las Vegas) — When it comes to titles, some are amazingly descriptive. A police officer is a lawman (or woman.) A prize fighter is a boxer. In the military, a sergeant is a leader.

But let’s dissect the word “sergeant.” It comes from the French word “sergent” meaning “servant.” That in turn, derives from the Latin work “serviens, which means “servant” or “soldier.” So, it’s fitting that Dixie Thompson received the honor of being named as January’s Veteran of the Month. Not only is she a retired Army Sergeant First Class and a dedicated volunteer, but as a civilian she is known as “Sergeant Dixie.” She is a highly respected and enterprising woman, donating her time, expertise and service to a variety of veterans causes.

She entered the service as a member of the Women’s Army Corps. In the late 1970s the Corps was blended under the same banner as the Army of the United States, so she is an Army retiree. Among her other volunteer efforts, she serves on the board of the Woman Veterans of America. She is active in numerous veterans’ organizations and knits items of warmth and comfort in support of breast cancer survivors.

She told the crowd at the ceremony her sister joined the Army first but left after one tour. Thompson stayed until retirement. “I had a fun time, but now I’m home working for our veterans. I wouldn’t be here if not for the brave men and women who have served,” she proudly stated. “I would like to especially thank those members of the Greatest Generation.”

Also honored in the special ceremony was civilian Bob Reed. Reed was named Veteran Supporter of the Month, which is also fitting because the word, “service” has French roots. Reed was honored for his work with the French government on behalf of Americans. American soldiers who served in France during WWII are eligible to receive that nation’s Legion of Honor medal.

Reed seeks out those individuals and works to present the medals to them during public ceremonies. In receiving his award, he too acknowledged the Greatest Generation and how that generation gave so much to protect our freedoms.

Governor Steve Sisolak noted that honoring veterans is one of the things he looks forward to as the State’s leading elected official. He said he was thankful that “So many chose to bring their experience and talents to civilian life.”