Home / What Every Surviving Spouse Should Know

What Every Surviving Spouse Should Know 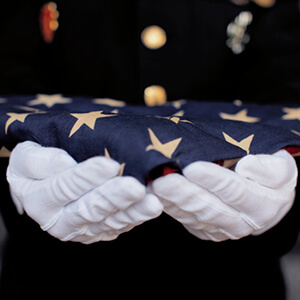 When my U.S. Army retired spouse of 52 years died in October 2010, I learned about the “Survivor Benefit Plan (SBP) and Dependency and Indemnity Compensation (DIC) offset" from another military surviving spouse in Virginia.  When my husband attended a retirement seminar and signed up for SBP in 1978, neither he nor his colleagues knew anything about the possibility of their spouses being offset in benefits if they became service-connected disabled during their retirement years. The survivors of their civilian counterparts were not offset in benefits.

With the mentorship of my ‘Capitol Crusader’ friend Edie Smith, I began traveling to Washington, D.C., attending conferences, hearings, and learning how to lobby for legislative issues, both on Capitol Hill and in the Las Vegas area military community.  Went to Washington, D.C. for the 2015 “Survivor Concurrent Receipt" Hearing held by Dr. Joe Heck, NV, Chairman, HASC Personnel Subcommittee, on December 9, 2015, which was a historic event and unprecedented.  There were numerous trips ‘Storming the Hill’ with the Military Officers Association of America (MOAA) visiting offices of U.S. Senators and U.S. Representatives from Nevada, serving on MOAA’s Surviving Spouse Advisory Committee, plus being Legislative Chair and board member of the MOAA Southern Nevada Chapter and the Society of Military Widows Southern Nevada Chapter 34; became well known by attending Veterans Roundtable Meetings with our Nevada delegation whose key staff members were military veterans and sympathetic to issues affecting “the military family", and promoting the definition to include military surviving spouses.

After continuous phone calls, e-mails, personal visits to Congressional offices nationally and locally; networking nationally with the SBP-DIC offset Facebook group made a huge difference in coordinating efforts to receive more co-sponsors in Congress and support for voting “yes" to the inclusion of the bill in the NDAA 2020 and signed by the President.

This is a BIG VICTORY for men and women who are military surviving spouses who have been affected by the SBP-DIC offset.  Like our ancestors who were suffragists, fighting for the right to vote for women, we have succeeded in creating equality and justice for military surviving spouses.  We are deeply grateful to all those who have been working with us over the years since 1972 (when the Survivor Benefit Plan started), to achieve this victory.  It is a reminder that “Democracy is not a spectator sport" and as citizens of the USA, we must be voters and active involved participants in our communities.

Janet Snyder, 2011 Founder and first President of the Las Vegas Valley Chapter of Gold Star Wives of America, Inc; 2012 Founder and first President of the Society of Military Widows of Southern Nevada Chapter 34; surviving spouse member of Military Officers Association of America and surviving spouse board member of Southern Nevada Chapter of MOAA.