Enter the memorial area through visual “doorways”,  formed by large, dramatic walls on one side and trees on the other entrance.  Upon transiting these entryways, the space opens up to expose the stepped, landscaped site.

Borders of sloping desert surroundings and dramatic walls ensure a  contemplative atmosphere for this sacred ground.

Take notice that the landscape architecture is a mirror of the surrounding arid geology.  Desert-inspired angles and planes meld with a carefully sculpted landscape, creating a dramatic setting for this time-honored memorial.

Approach the central plaza where stands a dramatic bronze vignette of three 21st Century soldiers rescuing an injured comrade.  Full of movement and drama, these accurately-detailed figures stand seven and a half feet tall.   Atop a plinth formed of angular, disjointed granite blocks symbolic of the chaos of battle.  The scene encapsulates the contradicting aspects of heroism, fear, terror and conviction inherent in war.

Where is the Memorial?

Buy a Brick, Gift a Brick 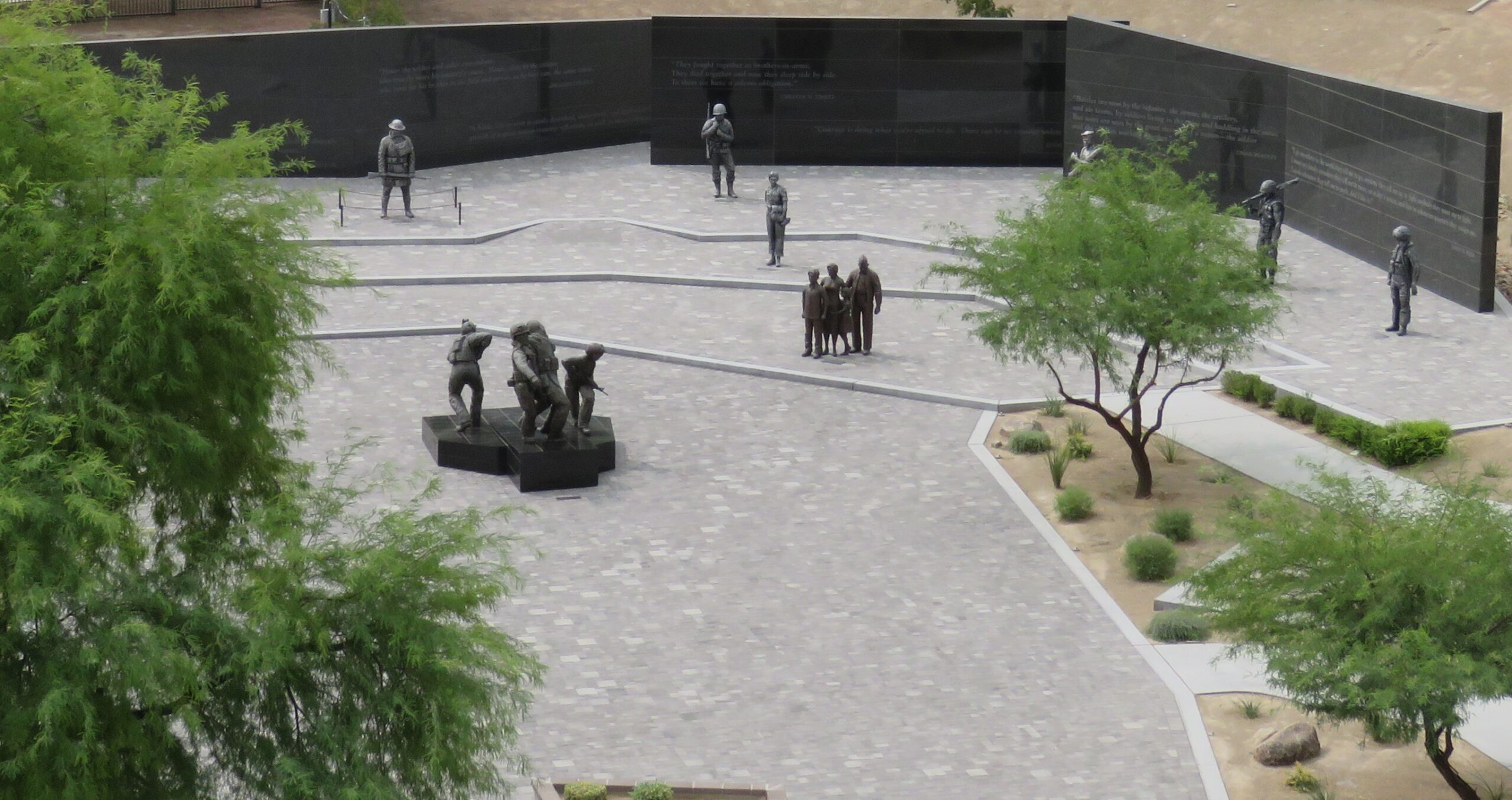